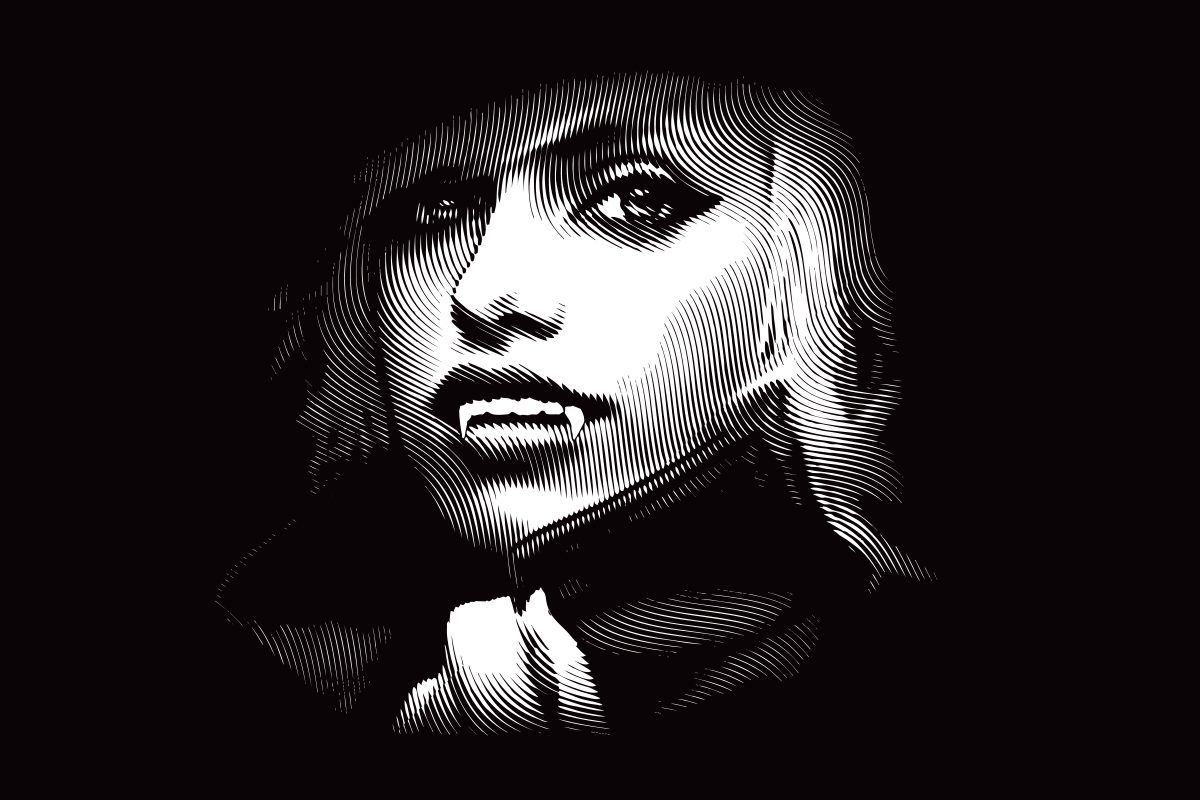 You won’t see them in the daylight, of course, but vampires are all around us.

From Count Chocula cereal to Bram Stoker’s Dracula to Taika Waititi’s current television comedy, What We Do in the Shadows, vampires are part of our cultural history. One popular Summer Term course, LITTRANS 329 The Vampire in Literature and Film, considers the role of vampire stories in our society, from early folklore to modern-day blockbusters.

For the past two years, The Vampire in Literature and Film has ranked among the Top 10 Summer Term courses by enrollment. Dr. Jared L. Schmidt, who taught the course last summer, sees good reason for its popularity.

“Everyone relates to a vampire or a vampire story,” Schmidt explains. “Whether it’s Bela Lugosi in Dracula or Edward Cullen in the Twilight series, vampires are incredibly ubiquitous. I had several students tell me they watched assigned films with their friends or talked about their homework with their families. That’s probably not the sort of thing they can do with most college courses, and I think they enjoy that aspect.”

While the course provides a bit of an escape from reality for students, Schmidt says it also offers a unique opportunity for students to tackle some challenging themes.

“Vampires have always been the perfect vehicle for talking about big societal issues, from disease and death in Eastern Europe in the 17th and 18th centuries to topics like racism and homosexuality in more recent times,” he says.

The course begins by covering the Slavic folklore origins of the vampire as a symbol of death and disease before moving into literature, where students study works like the 1872 Gothic novella Carmilla by Irish author Sheridan Le Fanu and Bram Stoker’s 1897 classic, Dracula, both of which invite conversation around gender roles and sexuality.

Transitioning to the silver screen, students study the oldest surviving vampire film, 1922’s Nosferatu, before moving to more modern pieces like Interview with the Vampire, where the idea of the “sympathetic vampire” is introduced.

“When we get to television shows and films like Buffy the Vampire Slayer and Blade, students start to see their vampires, their norm,” Schmidt says. “In studying these familiar figures, students begin to analyze themselves and what the modern vampire says about their world.”

Professor Thomas DuBois, who chairs UW–Madison’s Department of German, Nordic, and Slavic+, the academic home to The Vampire in Literature and Film, agrees students come to the course with a certain level of familiarity with vampires and interest in the horror genre.

“It’s a great opportunity for us to talk about why we’re interested in these topics and, more generally, why we tell stories,” DuBois says. “The fictive framework allows us to explore our interest in horror as well as our fears around things like contagion, sexuality and criminality. In a world full of anxiety, why are we fascinated by these stories of vampires and vampire slayers?”

He notes that each instructor brings their own expertise and area of interest to the course, which incorporates culturally diverse representations of vampires, from familiar European and American vampires to adaptations of the motif in Japanese, Korean and Middle Eastern cultures.

Schmidt, who has since completed his PhD in folklore at UW–Madison and now teaches in Oregon, says seeing students explore their interests and questions relating to vampires was one of his favorite parts of teaching the course.

“Nina Auerbach said that ‘every age embraces the vampire it needs,’ and it’s interesting to see students explore the vampire of their age, how it’s used in their culture and marketing, and how it compares to the vampire of previous generations.”

Asked if he has a fun fact about vampires he likes to share (he has several), Schmidt notes that garlic was first associated with Hungarian and Romanian vampiric folk traditions of the early 18th century, when the herb was added to the graves of men thought to have died by vampire as a means to ensure they would not rise from the dead. (Want to learn more about vampires and garlic? Schmidt has a mini YouTube lecture for that.)

The summer 2022 section of LITTRANS 329 The Vampire in Literature and Film will be taught online by Charlotte Vanhecke, July 18–Aug. 14. The course is currently full but wait list seats are available. The course will next be offered in person in spring 2023 and online in summer 2023.