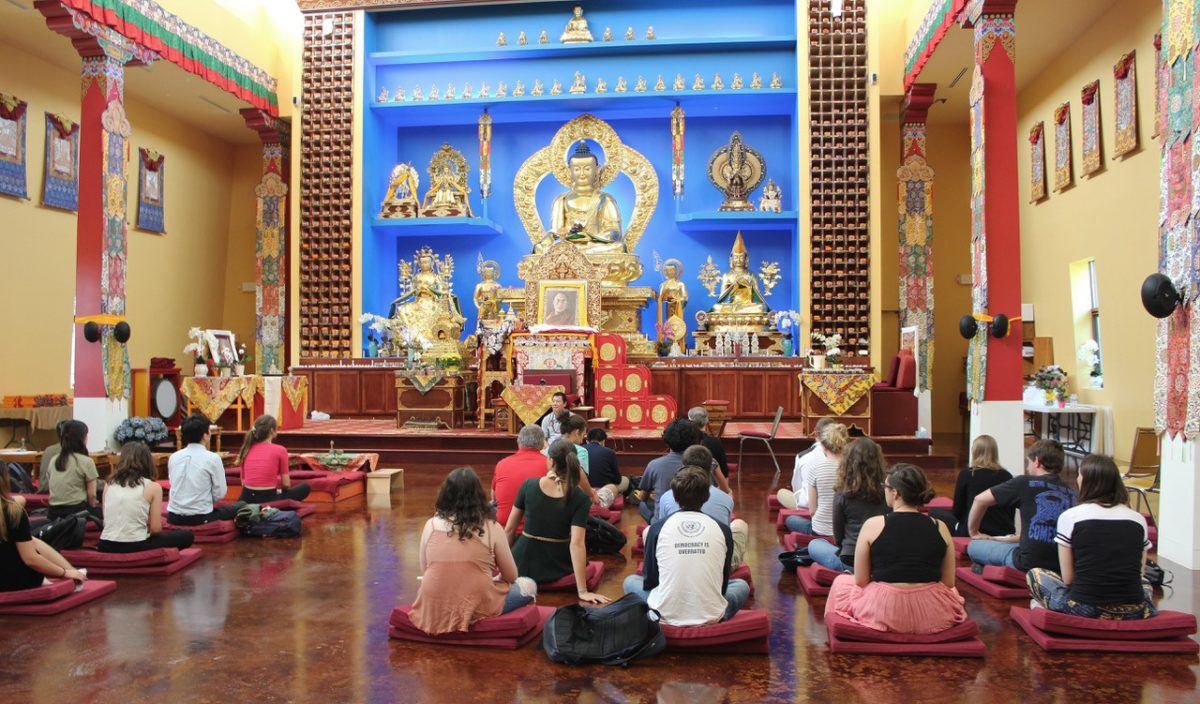 The vibrant mission of teaching students less commonly taught languages such as Tibetan, Hindi, Urdu and others continues this summer at UW–Madison’s South Asia Summer Language Institute (SASLI), alongside a brand-new new mission — teaching the teachers.

UW–Madison is known internationally for its eight-week summer language programs run through the Wisconsin Intensive Summer Language Institute (WISLI), of which SASLI is a part.

“Less commonly taught does not necessarily mean less commonly spoken,” says Felecia Lucht, director of WISLI. “The languages offered in the summer language institutes are not only of critical importance for our country, but also for learners’ personal and professional goals.”

This summer, SASLI added a new two-week program designed to help teachers of its languages improve their classroom skills. Many of these teachers, says Mithilesh Mishra, who has taught Hindi at SASLI since 2007, are native speakers who have never had formal instruction in the most effective ways to teach language.

“Many started as teaching assistants but never received formal training in teaching a language,” says Mishra who, during the academic year, is director of Hindi-Urdu and South Asian Languages in the Department of Linguistics and Global Studies at the University of Illinois at Urbana-Champaign. “We wanted them to have a solid background and perspective not only on language, but best practices in teaching.”

Mishra and co-instructor Sarah Beckham, the SASLI Hindu-Urdu pedagogy coordinator, planned and worked on the teaching program for the past year. Saleha Parwaiz, associate instructional specialist at SASLI worked tirelessly on logistics involved in the course.

In the first week, the nine teachers accepted into the program received instruction in pedagogical approaches to teaching their languages. The following week, the group, including two teachers from Pakistan, spent time observing SASLI teachers and learning their teaching techniques.

Saroj Kashwan, an adjunct professor of Hindi at the University of Connecticut was in the first wave of teachers looking to polish their teaching skills.

“I’ve never seen this type of teacher training project offered in the United States. It was very well planned. I would give it a 10 out of 10,” she says. “I love teaching Hindi, but I have no degree in teaching language.”

Kashwan says the program allowed her to learn new teaching techniques and network with other languages teachers. For example, she and a teacher from the University of Colorado brainstormed and plan to work on a Hindi language workbook.

“It was like family. We developed professional relationships,” she says. “It was refreshing. While teaching the same thing can become redundant, I found new and interesting ways to teach.”

“We want to create a community where we mentor, nurture and support them throughout their teaching careers,” Mishra says. “We want them to return to their classrooms with the SASLI way of teaching. This is the center of South Asian language teaching in the United States.”

SASLI’s language programs continue, where students get the equivalent of a year’s instruction in an intensive eight-week program. There, students start their classroom day at 8:30 a.m. and work until the early afternoon. After a lunch break, they participate in office hours, conversation tables and cultural events and field trips.

Lamack is taking Urdu because some of the sites he hopes to work on are located in the northern states of India or Pakistan.

Although Lamack took Arabic as an undergraduate, he says he was dissatisfied with his level of comprehension because his other classes also demanded his attention. The intensive UW–Madison Summer Term experience offered by SASLI removes outside distractions.

“This is a dream for being able to learn a language. The tradeoff is that it’s intensive,” he says.  “Even at this stage, at the beginning of our fourth week of class as much of the class as can be is in Urdu. It sometimes is a lot, and especially if you sort of end up with the impression of where you are. I have to say, it’s been great just because those other pressures are not there.”

Lamack adds that the intensive nature of the program also helps build bonds between classmates and instructors.

“It’s just a lot of fun. The professors and TAs keep things light – that way, you don’t go crazy,” he says. “I’ve made friends and we hang out and speak Urdu.”