It’s a year-round job representing the University of Wisconsin–Madison with a red-and-white-striped shirt, a large furry head and irrepressible energy. Summer is an increasingly busy time for Bucky Badger, given the growing number of courses and activities on campus. Since the start of Summer Term, everybody’s favorite mascot has been popping up around town to do what he does best: striking dramatic poses, high-fiving awestruck fans, and whipping up enthusiasm for the world’s greatest university.

Bucky joined UW-Madison faculty, staff, and students for a midday workout to celebrate the end of spring semester and the start of Summer Term. He strutted through the crowd like a seven-foot aerobics instructor, keeping the energy level high. Sure, he stole the occasional water bottle just for fun, but that only took everyone’s mind off the blazing heat.

Bucky didn’t let a full coat of fur stop him from zipping around Brat Fest in 95-degree temperatures. Smiles broke out wherever he stopped, from food stands to firetrucks. At one of the music stages, a hard-rock foursome was surprised to find it had temporarily become a quintet. 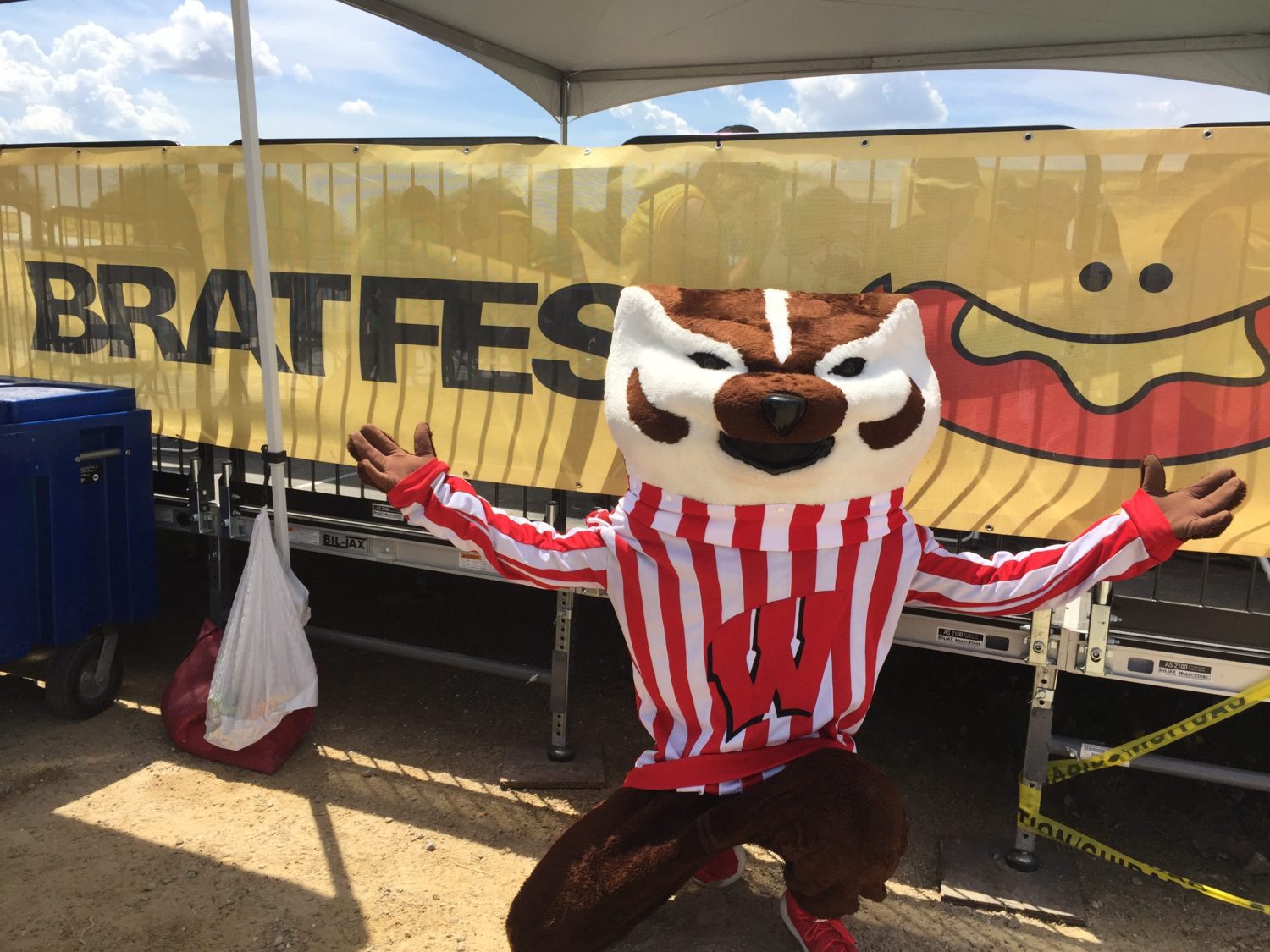 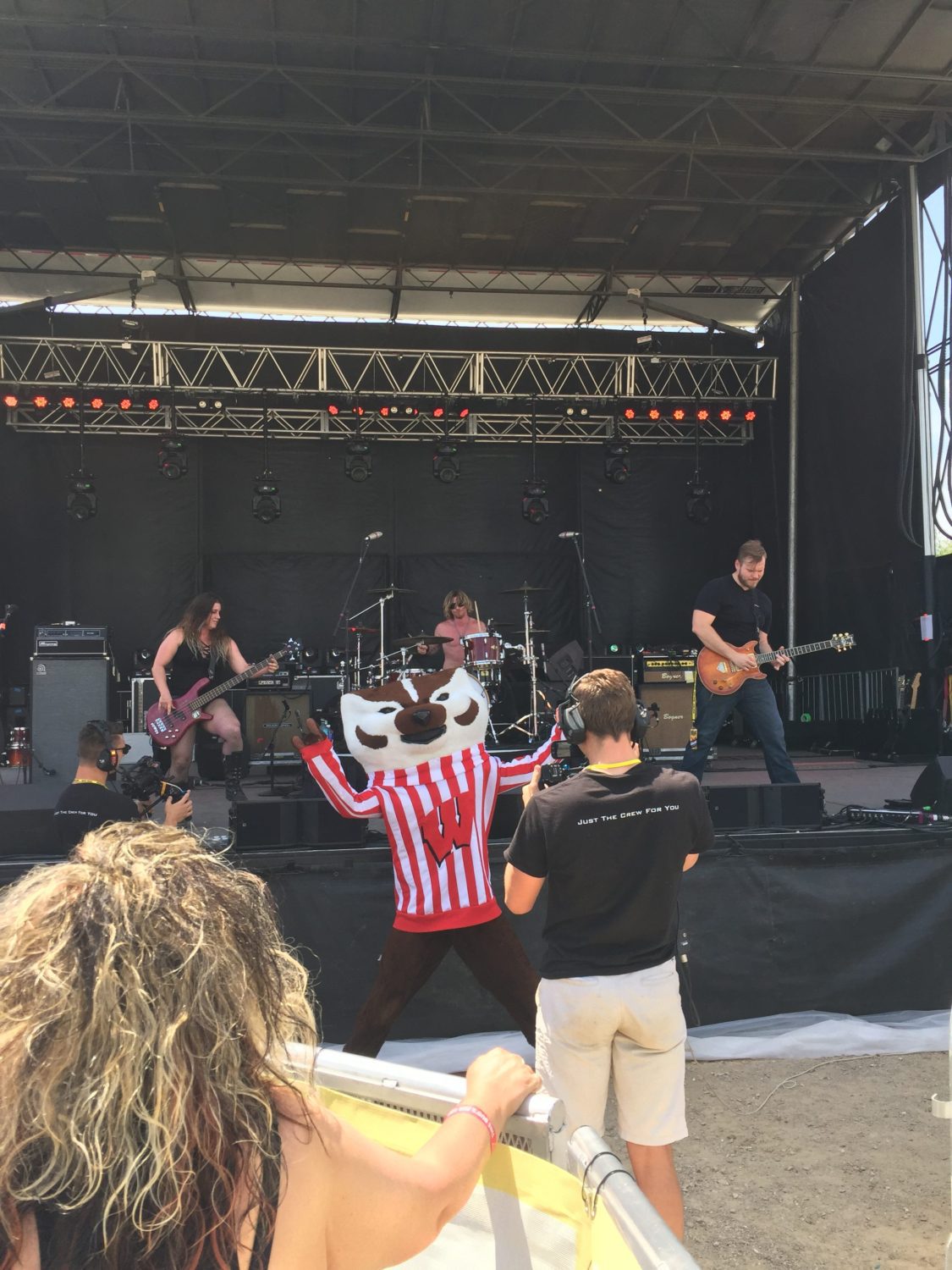 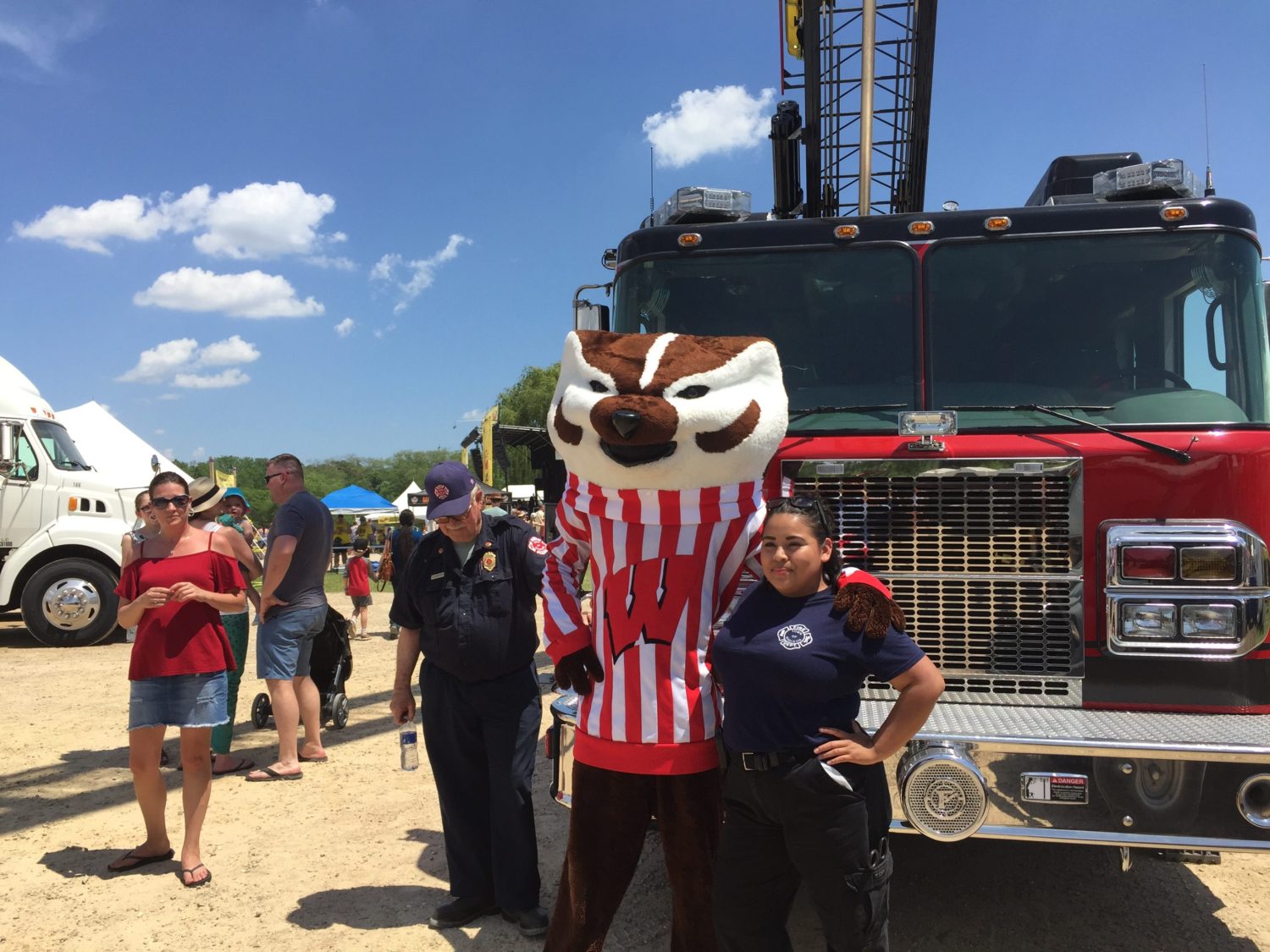 With competition from floats and flags, bagpipers and marching bands, Bucky still stood out on Memorial Day. It’s no wonder everyone wanted a picture with him. The guy’s a red-and-white rock star. 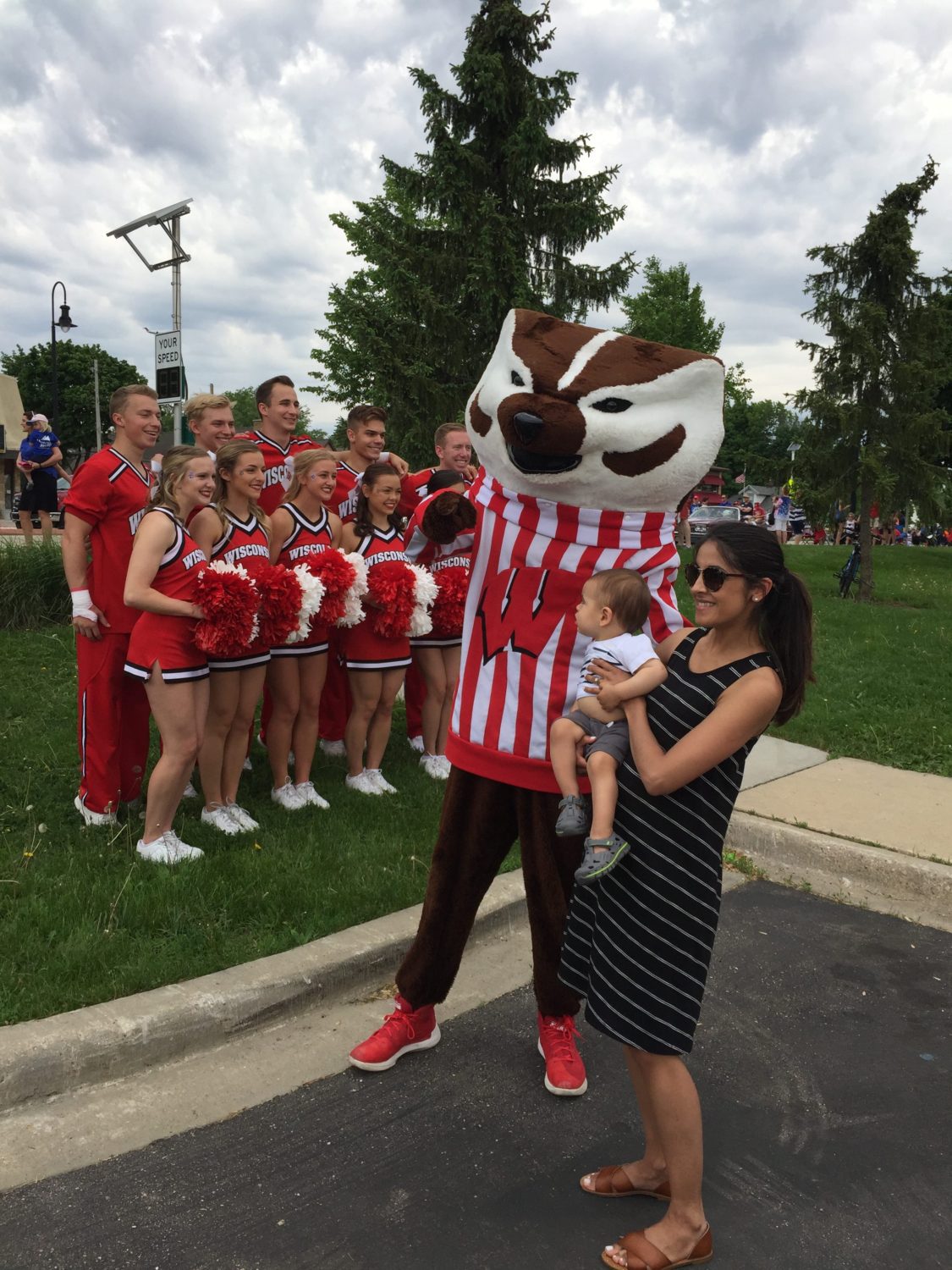 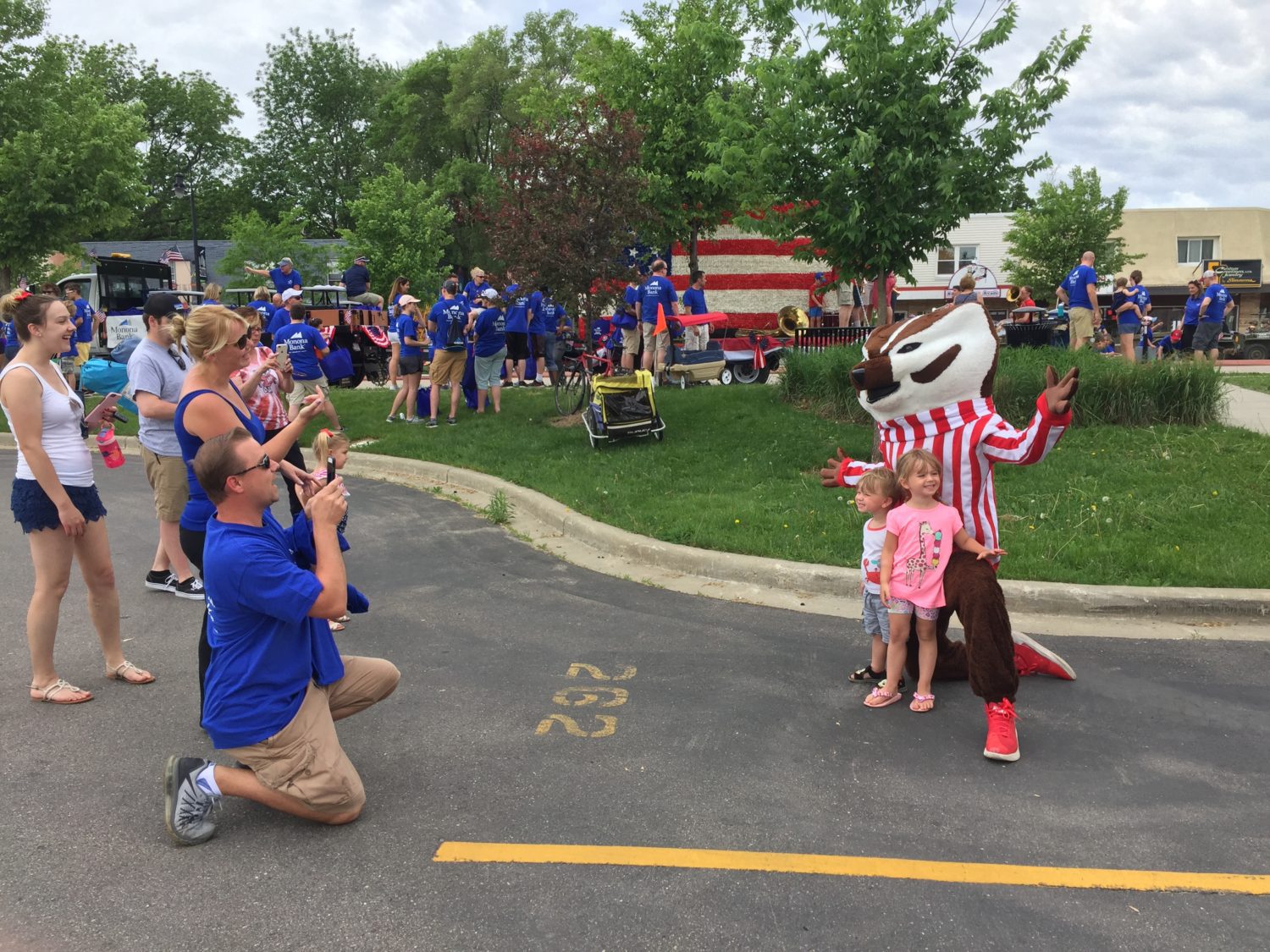 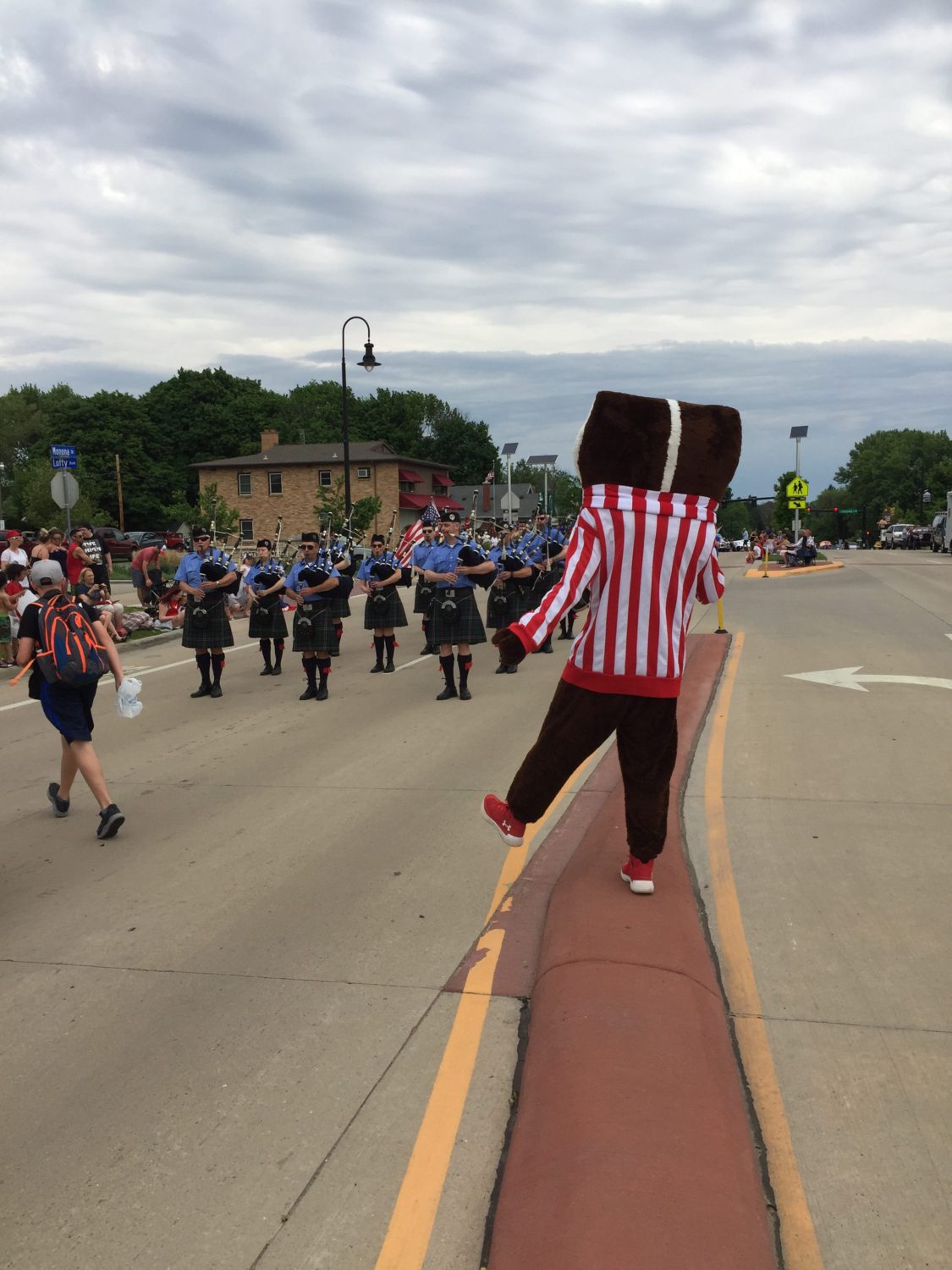 All in a day’s work for Bucky.